When you buy a car under 500K in Kenya, you should take into consideration that cars come with additional costs such as maintenance, insurance, and fuel costs. That means your budget may be above the KS. 500,000 you may have already planned for.

Some of the cheap cars below half a million in Kenya are used cars. The models you’ll find in this category include Toyota Vitz, Auris, Belta, and even a Probox for business use. Nissan Cube and March are also some of the cheap models you’ll get on a budget. My personal favorite is a Subaru Impreza.

Cheap cars under 500k in Kenya

Here are some of the best inexpensive cars in Kenya, including their key features. We ventured deep into Kenya’s car market and came up with these ten cars under 500k. So, if you’re planning to purchase a car with 500k or less, here are the best cars to choose from:

Manufactured by a Japan-based company called Toyota, Toyota Vitz is a predecessor of Toyota Starlet. Currently, it’s in its third generation which was launched in 2010.Here are great features you’ll find interesting:

According to a user on Kenya Mama Blog, “I drive a Toyota Vitz and she consumes a max of 2k per week when traffic is insane. Service costs me 6k and I do it after 6 to 8 months.”

Toyota Vitz has the same features as the Suzuki Swift, but the former is more expensive. The model comes in different variants such as F package, FL package, F limited, U package all having various distinguishing features from the other.

Also known as Honda Jazz, Honda Fit is a five-door hatchback manufactured by Honda since 2001. A third-generation car, Honda Fit is a subcompact car that uses the nameplate “Jazz” in Africa and other parts of the world such as Europe, Oceania, and the Middle East. Some of its features are:

If you are looking for a small hatchback car, Honda Fit is worth considering and with 330k in hand, you’re sure to get the car.

Nissan March is a product of Nissan – a Japan company since 1982. It is also called Nissan Micra, and it’s a predecessor of Nissan Cherry. The car is a class B supermini with two doors, three doors, and five-door hatchbacks.

The car replaced the Nissan Cherry and came in different variants such as Nissan Micra, C+C, Nissan Micra K13, and Nissan Micra 160SR. The commonly known models in Kenya are the 1.5 liters AT and the 104 Nm Torque.  The asking price is 250k.

Mazda Demio is a supermini car manufactured by Mazda. The car is known as one of the best cars you can buy with less than 500k in Kenya. With KS 3000, you can maintain the car for a month. Its asking price is 300k.

Its key features include;

Currently, Mazda Demio is thriving in its fourth generation. Its third generation was voted as world car of the year in 2008.

The name Auris is derived from the Latin word “Aurum” meaning gold. Toyota Auris is a product of Toyota Company. The car was introduced in October 2006 as a predecessor of Toyota Allex which was a hatchback. With 280k you can get a Toyota Auris of your choice.

Honda Civic is one of the most common and the cheapest cars you can get with less than 500k in Kenya. It is among the many cars manufactured by Honda. The car can be either a subcompact which was manufactured from 1972 to 2000 or compact which replaced the compact from 2000 to present. You can get Honda Civic car in Kenya under 500k, some with as little as 165k depending on the model.

Nissan Cube is a multipurpose vehicle (MPV) manufactured by Nissan since 1998. It has both the FF and AWD layout and is a Nissan B platform.

The car has a sitting capacity of 5 and comes in different colors such as Pearl White, Brilliant Silver, Gun Metallic, Cayenne Red, and Bali Blue. The car costs around 400k.

Toyota Belta is a subcompact car manufactured by Toyota Company. It’s a 4-door sedan, a front-engine, and a front-wheel-drive. The car is more prominent in size compared to its predecessor, Toyota Platz.

With 230k in your hands, you can get a Toyota Belta of your choice.

Loved for its large carrying capacity, Toyota Probox commonly known as Probox in Kenya, is one of the degraded yet best cars you can get for 500k. It is a light commercial vehicle with 5 doors. Its price ranges between 400k and 500k.

Subaru Impreza is one of the coolest cars you can own with less than 500k. Known for its speed, Subaru Impreza is one of the series manufactured by Subaru since 1992. The car is a replacement of Leone and is a compact car with front-engine, and it’s a front-wheel drive. Now in its fifth generation, the car is rival to Mitsubishi Lancer and has both front-drive and all-wheel-drive layouts. Its price starts at 400k and differ depending on the model and year manufactured.

As outlined above, there are many cars you can own with as little as 500k such as Toyota Probox, Subaru Impreza, Toyota Vitz, Toyota Auris, Nissan March, Honda Vit, Toyota Belta, Nissan Cube, Honda Civic, and Mazda Demio, among others. When buying a car, do some research to ensure you purchase a reliable car that is fuel-efficient and whose spare parts are readily available. This will help you to spend less on maintenance and fuel cost. 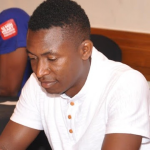 10 Best, Most Expensive Schools in Kenya